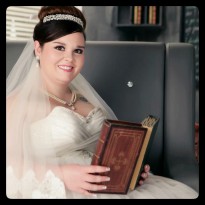 My absolute FAVORITE series of ALL time. So underrated. So needs to be read by any and all Urban Fantasy overs. DO NOT pass this series up!

See my blog post for more info on this series.

A Confessed Bibliophile - The Hollows by Kim Harrison

I received this book for free from NetGalley in exchange for an honest review.

I rarely abandon books. In fact, this is the first book I've abandoned since joining GoodReads. I had hoped to never make an abandonment shelf, but those hopes were slashed today when I finally decided to abandon this book.

I really tried to push through. Mostly because the beginning of this book was SO promising!!! I was really enjoying it and the first evening that I really allowed myself to sit down and immerse myself in the story, I had a hard time putting it down to go to sleep.

By about 40% in I started getting a little confused. I feel like the author had a clear image of his story in his minds eye, but when transferring that image to words he left out all of the details that allowed the reader to join him in the adventure he was carrying out in his own imagination. The storyline lacked clarity. It was confusing, unorganized, and again just lacking necessary details.

In the beginning I was becoming attached to the character Jeanie, but by the time I was half way through I had lost that connection all together. I'm not sure what happened! The authors writing in the first 25% compared to the rest of what I made it through seemed to change entirely. Almost like the author himself became tired of writing the story and was trudging through it just as much as I was as a reader.